My brief stint with HELLNATION 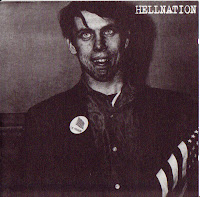 A lot of folks don't know I toured & recorded with Kentucky thrash legends HELLNATION in the summer of 1999.

I was living in San Francisco at the time.  Ken sent me the set list, I found all of the songs off the records, made a tape of the set & practiced on my own for a month or two, then Ken & Al flew to SF, we rehearsed for a week, played a warm-up show at Gilman, recorded with Bart Thurber at House Of Faith, then hit Europe for a month.

Our recording ended up being released as the "Cheerleaders For Imperialism" album on Slap A Ham, now long out of print.  The first three songs were written on the spot in the studio.  The rest of the album was basically our set list for the tour, in the order we played the songs live. 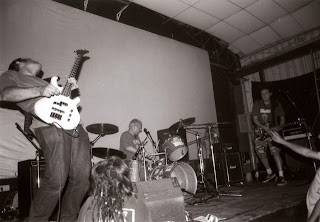