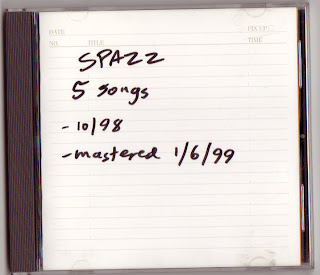 The last time SPAZZ hit the studio was October 1998.  We recorded these 5 songs.  The first four ended up on the infamous split 7" with 25 TA LIFE that took about 10 years to come out officially.  The last track was on the Fat Wreck Chords compilation "Short Music For Short People"... the comp that directly ripped off my "Bleaurgh" 7" comp series (I know because Fat Mike told me so).
This is the original, mastered, mixdown CD, and the songs appear in the order they were recorded.  The first four ended up in a different order on the split 7". 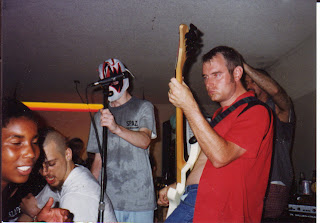